Her parents experienced Russian aggression and emigrated to America. Now she helps in the Czechia

What brought Kristina, our volunteer from America, to the door of the Young Caritas children's group? What feelings did she get from working with Ukrainian children? Interview with a volunteer and at the same time one of the leaders of our adaptation group for Ukrainian children. 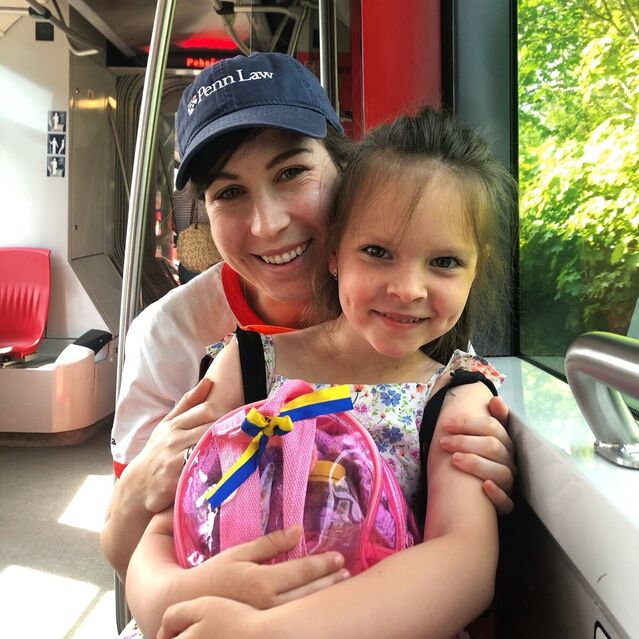 Kristina was born in New York and grew up in the small town of Rye. Because her father was Czech and her mother Slovak, she felt very close to Czech from an early age, which helped her a lot in the current situation. Thanks to the historical experience of her parents, Kristina decided to come to the Czech Republic to help reduce the effects of the Russian invasion on Ukrainian families with children.

Twenty-seven-year-old Kristina's parents came to the United States as refugees when they were thirty years old. "They had no money, father washed dishes and was a porter. Later, however, the parents founded their own company, and that's how they started their American dream," says Kristina, who, like her father, is devoted to music. She sang in the Metropolitan Children's Choir and gained experience at Carnegie Hall. In addition to music, she likes to spend her free time with children and is interested in politics and law.

Kristina, how do you perceive the war in Ukraine?

Neither I nor anyone else in America expected that such a war could come. Maybe here in Europe, but not in America. No one believed that something like this would even be possible in the 21st century. Like the attack a supermarket where a little kid is dead and the doctor comes in and says, “Show this to Putin, this is war.” Americans are really shocked by that. They see Russia breaking international law and killing children, women... they don't care who it is. That's why Americans want to help, they organize benefit concerts. That's why I'm here to help.

Czechs have a relatively mixed opinion on what happened and is still happening in Ukraine. On the contrary, it seems that all Americans share the same feelings. Is it so or is there someone who contradicts the whole situation?

I would say no. I understand that the media is capable of making things up, but the facts about the downed buildings are real. Of course, there are people in America who do not believe in the existence of covid, but I have yet to meet someone who supports Russia there.

So what motivated you to come all the way to the Czech Republic to help refugees from Ukraine?

Before starting law school, I knew that I still wanted to travel and enjoy my free time. What is happening in Ukraine did not leave me alone. It reminded the parents of the reality of Russian aggression, for which they emigrated - the year 1968, when the Russians came to Prague with tanks. Dad's family was known for their opposition to the regime, so he was persecuted and couldn't do almost anything, like becoming a doctor even if he wanted to.

That's why I wrote an e-mail to about ten organizations with my resume, saying that I would like to help teach the children of Ukrainian refugees. Charita from the Czech Republic immediately wrote back to me that they were looking for someone to work in the adaptation group. I immediately replied that I would get on and said at work that I was quitting and leaving.

And what happened next? What was the clash with reality like for you?

Upon arrival, I had no idea what was waiting for me. But I have to say that I am glad for the decision, because being with children who had to leave their home is rewarding. There are twelve of them, between three and seven years old, and their families came with nothing but one bag. It is hard for me to imagine what it must be like in Ukraine, but the more I am with them, the more I realize what they have had to go through.

It is important that we take care of the children for their families. So, we go somewhere with them, to a museum or a park. I know it helps because it allows the children to forget for a while that the war is going on in Ukraine and gives the parents time to make arrangements. For example, one mother told me that a neighbour had called and that the Russians had stolen everything from her apartment - the TV..., everything. Thanks to us, at least they don't have to worry anymore.

You have been in Prague for several weeks now. You meet Ukrainian refugees and their children every day. Are you taking care of your mental health?

I go to the opera a lot, classical music, which makes me feel good. My parents have a foundation that supports Czech and Slovak musicians. I go to events organized by the foundation. Thanks to this, I was invited to the OSA awards ceremony last week, where I gave a speech on the occasion of presenting the award to a family friend, the great classical music composer, Juraj Filas.

You said that this situation is very personal for your parents. How do they perceive it? Were they worried about you when they found out you were going to the Czech Republic?

For them, it's history repeating itself. For example, when the Russians came to Prague in 1968 and thought that the Czech people would welcome them with open arms. That's what they thought now too. They did not expect that Ukrainian people would defend their homeland from tanks with their own bodies. In America, there is freedom and democracy. My parents, because they came from a communist country, see it differently. They know what it's like to have no freedom and out of the blue they can put a gun to your head. I think they're glad I'm here. They understand that I speak both English and Czech and thanks to my unique position I can help, because some Ukrainians understand more English.

Dad was a little worried about me because I arrived in Prague on May 9, which is Victory Day for Russia. He thought they were planning something, maybe dropping a bomb on Prague or something. But I would say that my other friends were worried about me perhaps more. They know how close Ukraine is to the Czech Republic.

And how do you perceive it? Do you feel safe in Prague or has there been a critical moment?

I certainly feel safe, but I remember the day when the siren went off in Prague. I realized that I was in a place where something could happen. We are sending weapons to the Ukrainians, so Putin might decide to attack us. At that time I was still with Katia, who is a Ukrainian teacher in our adaptation group, and she cried. Her shoulders were shaking. I had to hold myself back so I wouldn't start crying.

She told me that on the way from Ukraine they stopped at a restaurant where people were having dinner and laughing over wine. At that moment she cried because she knew that her life would not be like this for a long time. That taught me a lot. I am very grateful to have the life I have.

Let's move on to the adaptation group in which you are supporting. What does your typical volunteer day look like?

I start at eight in the morning and I'm there until two o'clock. As soon as I come, the kids run and jump right after me. We have a really nice relationship. We do various activities for them, a little different every day - we dance, teach them to write, sing English and Czech songs, go to the park, to museums. In short, a program that prepares them for school.

Could you tell if the children are affected in any way by the war? Can they perceive what is happening?

Certainly. They are children, they are happy, but at certain moments it gets to them. For example, when they see a plane on a walk, they start to cry because when their families were leaving Ukraine, they had to hide from them because there was a threat of bombs falling. Katia told me that their parents tell them everything about the war, including why they had to leave. That is why they often paint the Ukrainian flag, soldiers and sing Ukrainian songs. For example, the Red Viburnum, which is the current symbol of Ukrainian resistance to Russia.

You said that you finish in the adaptation group around two o'clock. What do you do then? Have you found any hobbies for yourself?

I am dedicated to fundraising, thanks to which we want to collect 25 thousand dollars for the Charity. We need money to provide lessons and lunches for children. At the same time, we want to expand capacities, because there are many more children who would need our services. Every day I meet families who need babysitting.

Aren't you just as indifferent to the situation as Kristina? Would you like to help but don't know how? Join Young Caritas and let's come up with something together!

And how does Kristina perceive volunteering?

It is a very important part of life for me. Being able to help someone enriches me. It saddens me even more when I hear that we only help rich Ukrainians who arrived in expensive cars. But those are the ones that can be seen. Those I work with are invisible. For example, a family with six children who has nowhere to live, has only one bag and has to beg for food.

I wish people would not forget that the war is still going on and will probably be with us for a long time. We must be strong and stand behind Ukraine, because it is not only about Ukraine. It's about the whole world. Good versus evil will always fight.

The interview was conducted by Anna Pálová. 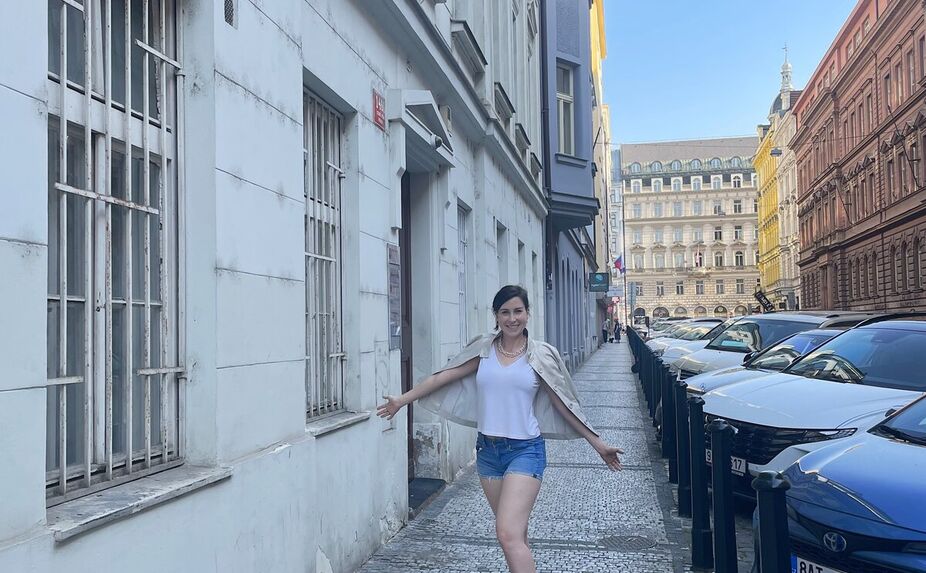 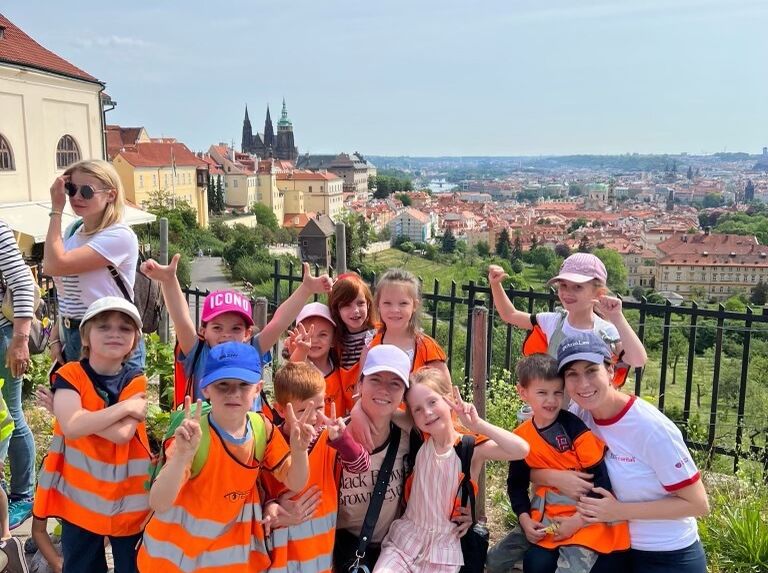 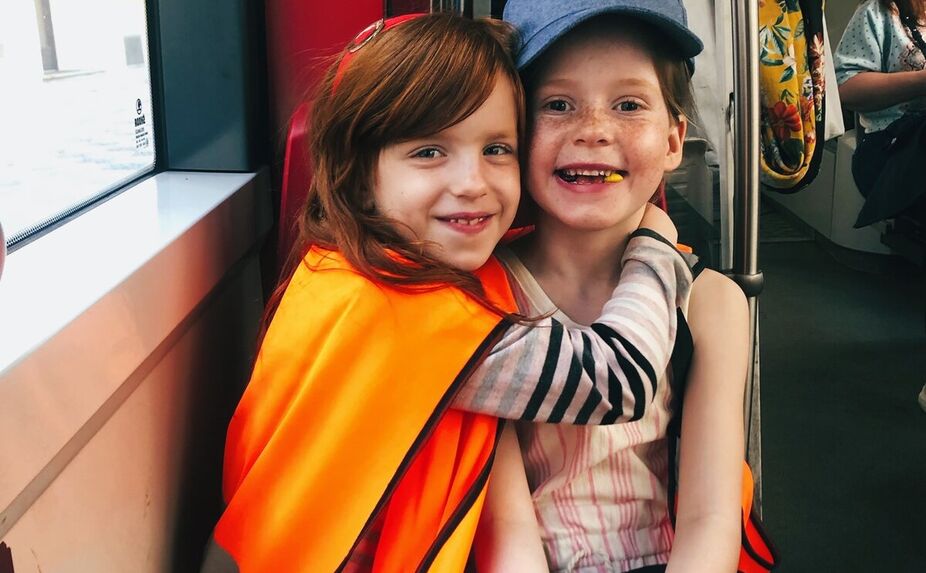 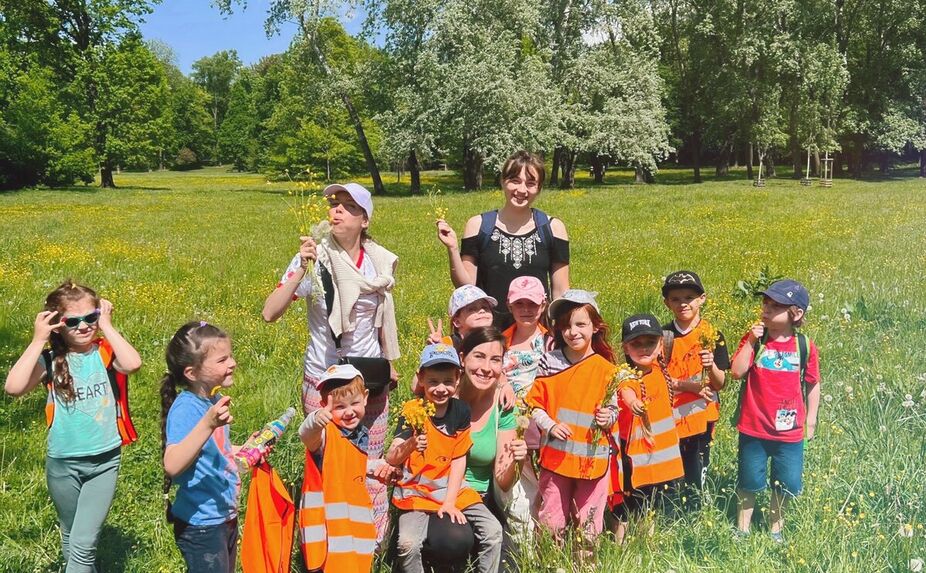 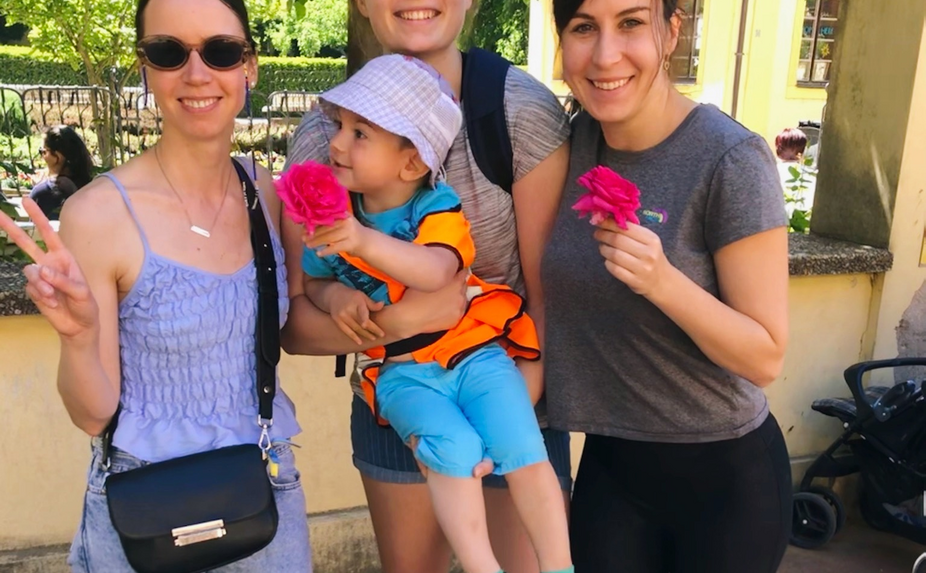 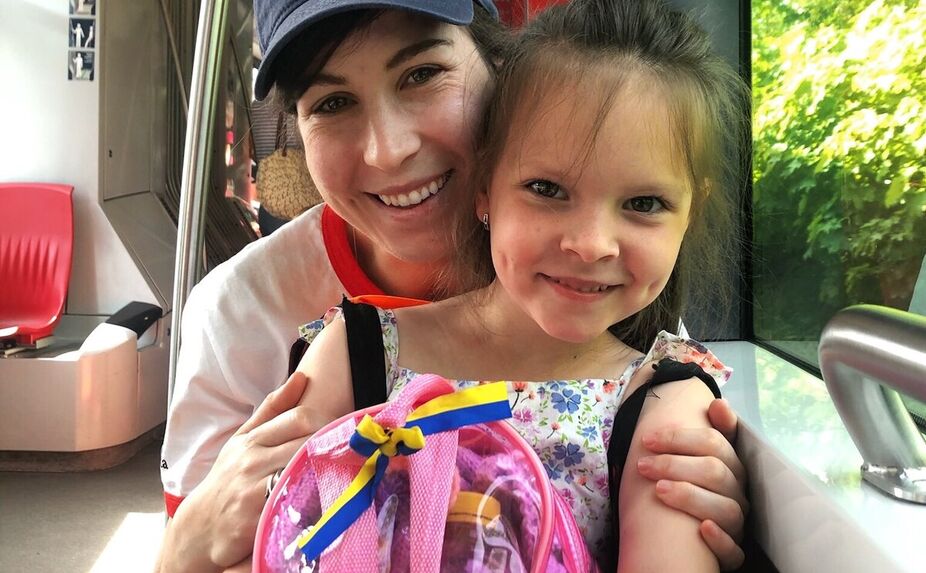 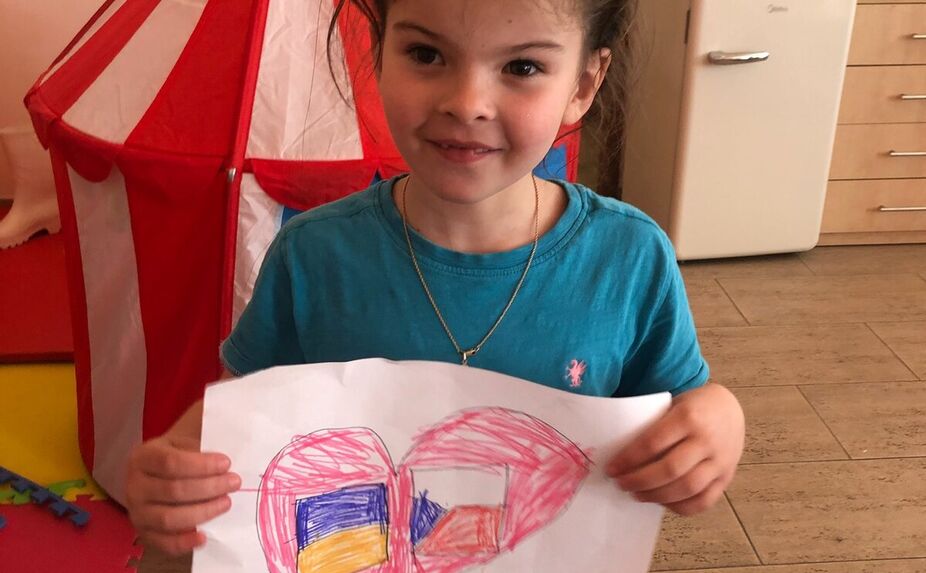 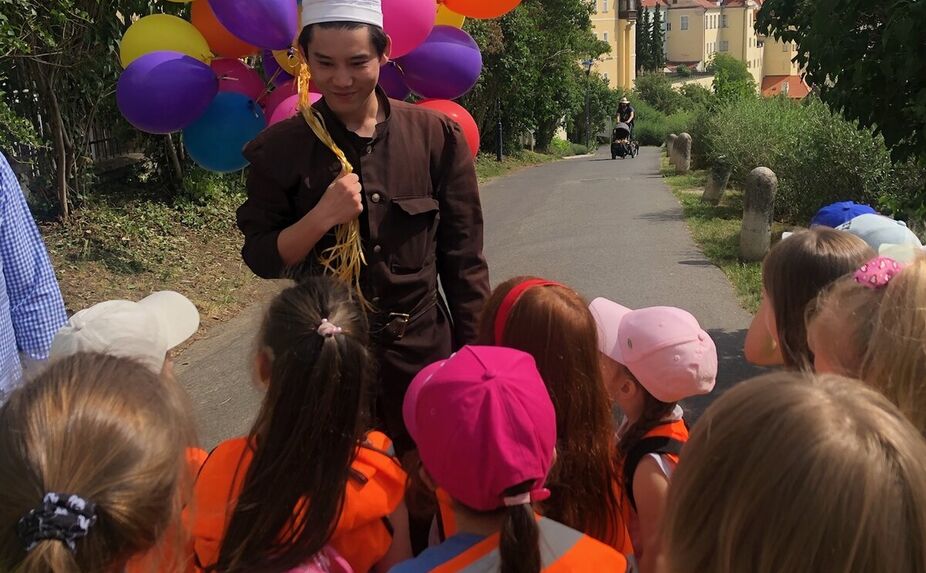 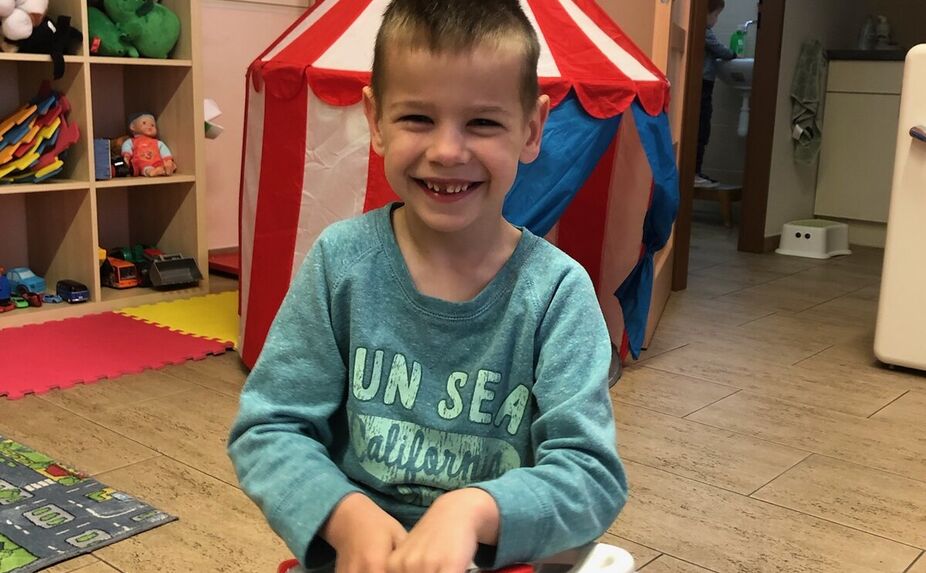 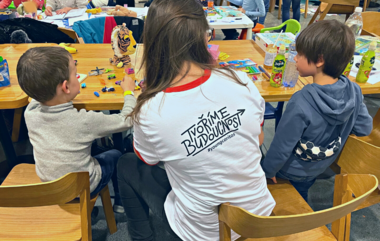 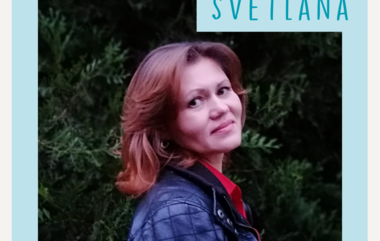